Battle of Omaha Update - Canceling of the CWS

We are as surprised as you are with the recent announcement of the NCAA canceling the CWS in June here in Omaha.  We are working very closely with  CWS Omaha along with our hotel partners to align ourselves with what their continuity plans look like.  At this point our plan is to host both the High School Division and Youth Division tournaments.  Respectively, the High School participates as well as the Youth participates will receive an email in the next few days outlining your options.

We appreciate your understanding and patience,  next tournament status update will be via email in the next few days.

Battle of Omaha 10U - 14U Spots Available

Heading into March, you can see below what is left to be filled for the 10U-14U Battle of Omaha.

We would love to be part of your plans for 2020; visiting Omaha during the College World Series should be on everyone's bucket list.  Why not play some baseball while attending the CWS?  Come to Session 1 to enjoy a long Father's Day weekend.  Session 2 attendance will bring you many opportunities to attend games during the heart of the series.  Session 3 is the exciting conclusion of pool play to see who will play in the championship series.

Register your team soon so that you don't get shut out of this event; and check something off your bucket list at the same time by attending  NCAA's college baseball's premier event.  Check out below how to register your team and further information about the tournament.

For 10U - 14U only, please use the online registration link below that is highlighted in black.  You can also hover over the Connect icon on the Home Page,  then "For Coaches" to locate the paper registration form, tournament rules for ages 10U - 19U.

Check out the Events icon for all the information for the 10U-14U age group ; click the Events icon, then "Tournaments", then "My Tournament".  Follow us on twitter @battleofomahaNE

15U, 17U and 19U registration is now open!!  Registration forms can be located by clicking the "connect icon" then click for coaches

Registration now open!  You may pay by credit card* as an added convenience .

*a processing fee will be added to your shopping cart for the use of credit card.

See who were crowned Champions and Runner ups for 2019 by clicking on the "In The News" tab...

As a result of the Papillion site being underwater this morning, we canceled all games at that site (Central - Lincoln East / Papillion B. East)

At Omaha Skutt, the SD Bulls defeated Milan IL, while Moorhead MN beat the Wichita Aeros.  In the Finals, MOORHEAD  MN collected 17 hits and won the 2019 Battle of Omaha 9-1.

Congratulations to Bryant Bergeson and MOORHEAD Legion!!  Thanks to all those who came out this year, we hope you had a great time and that you can make it back in the future

Here in Nebraska we play Legion baseball for our 17 and 19uu groups.  Although we are under the Legion umbrella, we take teams of all affiliations for the Battle of Omaha.  The one cavat that we have is birthdate eligibility that we go by for these events.

The 15u is a freshman / reserve type of event although we do have a lot of select teams that participate.  This past year we had 12 teams that competed.  Teams will play 3 pool play games with pool winners advancing to championship round.  Other teams will play a consolation game

The 17u, which is considered more of a JV type of tourney had 36 teams this past year.  A majority of the teams that play in this event are 15/16 year olds, Teams will play 5 pool play games with the pool winners advancing to the championship round 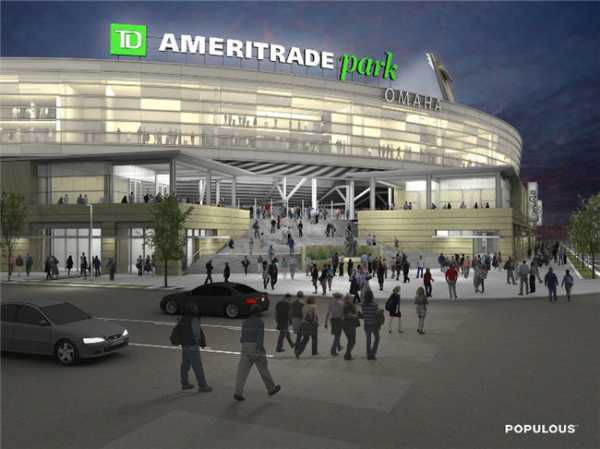 TD Ameritrade Park Updates - CWS
TD Ameritrade Park is located at 1200 Mike Fahey Rd, named after Mayor Mike Fahey who was instrumental in getting the new stadium downtown.  Ameritrade will hold 24,000 fans.  The outfield backdrop shows the beautiful Omaha skyline.  Teams attending the Battle of Omaha events can purchase their general admission CWS tickets through the Battle of Omaha.  Tickets come in a booklet of 10 for $95.00.  The GA tickets are good for any game, however fans must wait in line to use them as they are first come, first serve.  They will allow the first 5,400 fans in the gates. To order your team tickets contact director Scott Hodges - robert.hodges@ops.org on the High School side or Mike Reggio - 5reggio@cox.net on the Youth side.

Comments From the Battle of Omaha

Read some of the comments from the teams that participated in the 2019 Battle of Omaha...

"Great tournament, we had a blast!" (CA)

"Thanks for hosting our team this year at the Battle of Omaha, they had a really good time (MN)

"We appreciate all your help during the tournament, everything ran smooth even with the rain! (MN)

"We cannot tell you enough how well this tournament is put together; from the fields, to the umpires, and the site directors, everyone had the best interest in the kids; we will definitely be back (TX)

"Thanks for having us in your tournament, the boys had a great time!" (WI)

"I want to thank you for a great tournament, we had a great time". (CO)

"Great tournament!  We had a blast.  One of the best tournaments we have ever been to. (IN)

"Thanks for the great experience.  Very organized and the hotel choice was perfect! (TX)

"My son's had a wonderful time at the tournament.  With my youngest son turning 11 this year we look forward coming to Omaha again" (AK)